After seeing a ton of respected NBA Twitter people — including LeBron James — complaining about poorly designed box scores, I endeavoured to improve the existing ESPN box score with a free Chrome extension.

It’s now my favourite way to follow an NBA game. Between this, Twitter and league pass I’m all set.

Using custom CSS I updated the layout of the box score page so as the two teams sit side by side. I stopped the chunky ESPN header from staying fixed at the top of the page as you scroll. Along with a few other visual tweaks, this provides more viewing space for the box scores themselves.

At some stage ESPN updated their box scores and left some tasty team stats hidden on the page including fast break points, points in the paint, total team turnovers and flagrant and technical fouls. These are once again visible.

Play-by-play data is added to the page below the box score in an iframe and formatting is added to highlight key stats.

In the early stages of development Kevin Arnovitz tweeted out offering cookies to whoever could resurrect the now defunct Firefox plugin that added Dean Oliver’s four factors to ESPN’s box scores:

One of these for whoever can update the 4 Factors Chrome Extension for the ESPN box score: https://t.co/IxeoNpCSAJs — Kevin Arnovitz (@kevinarnovitz) November 3, 2016

As an NBA fan who appreciates a well baked cookie, I got to work. As you can see below the extension adds quite a few additional team stats.

True to his word, Arnovitz sent me delicious baked goods.

Note that the possession-based team statistics shown above (i.e. offensive rating) will vary from Basketball Reference’s numbers due to BR only counting turnovers which are attributed to individual players. This means team turnovers such as 5-second inbounds and 24 second shot clock violations are excluded from Basketball Reference’s pace numbers. This may be by design but to me it seemed like an oversight.

These possession-based numbers will also differ from NBA.com’s metrics because the NBA calculates possessions using a different formula — which they’re not 100% transparent about. If you’re interested in learning more about how possessions are calculated by various sites, Justin Willard has written about it extensively on Nylon Calculus.

When a game is live, stats are constantly updating but it’s difficult to follow exactly what has changed. In the extension, updated stats are highlighted with a yellow background as shown below.

This provides context for each stat and allows the action to be pieced together. For example, in the above sequence Jonas Valanciunas has his shot blocked by Amir Johnson. Al Horford grabs the defensive rebound from Amir’s block and subsequently misses a 2-pointer. This can be cross referenced with the play-by-play, which the extension adds below the box score.

This uninspiring example demonstrates that you no longer need to continually switch between the box score and play-by-play to follow the action.

Immediately following a game’s completion, advanced stats can be viewed for individual players by clicking the advanced stats checkbox in the bottom right-hand corner of the page (next to the ESPN logo). As with team stats, these are all calculated using formulas from Basketball Reference’s glossary.

These stats do actually work while a game is live but they’re buggy and I’m still working on performance tweaks. Hopefully soon these will be available during live games.

You can download the extension here and feel free to reach out on Twitter if you have any feedback. If you like it please rate it in the Chrome store and share it with your friends.

For reference below is the original ESPN box score 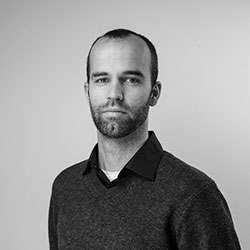 There’s a bunch of noise in the media right now suggesting that with Atlanta apparently unable to reach a contract extension agreement with John Collins,...

In this article I’ll show you how to level up your loading indicators with a pure-CSS animated SVG loader inspired by Google’s Chrome and YouTube...